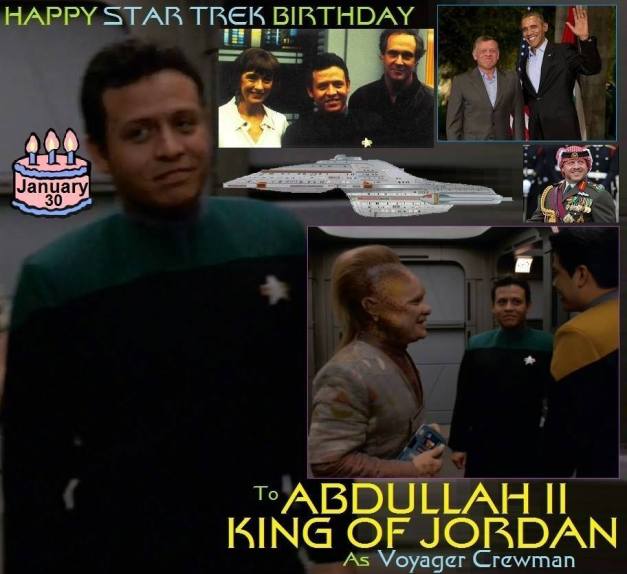 Abdullah II bin Al-Hussein has been King of Jordan since 1999 upon the death of his father King Hussein. Abdullah is considered to be the 41st generation direct descendant of the Islamic Prophet Muhammad, through his belonging to the ancient Hashemite family, which has ruled Jordan since 1921.
An acknowledged fan of Star Trek, King Abdullah (then a prince) appeared as an uncredited extra in the 1996 Star Trek: Voyager episode “Investigations”. Voyager executive producer Jeri Taylor commented, “Take away the title and the trappings, and at the core you have a Star Trek fan.” (Star Trek Monthly issue 16)
Abdullah’s cameo was arranged as a surprise for him by his US advisor. The prince – who, at the time of his cameo, was thirty-four years old.
He appears in the episode’s opening scene as a science officer who speaks with Harry Kim as the scene fades in.