Marina Sirtis is the actress best known for playing Counselor Deanna Troi on Star Trek: The Next Generation. She later played the role in four Star Trek films, as well as episodes of Star Trek: Voyager and the series finale of Star Trek: Enterprise.

Along with Colm Meaney (Miles O’Brien) and Michael Dorn (Worf), Sirtis is one of three regular Star Trek cast members to have made multiple appearances as the same character on a different series. She is also one of only six actors to play the same character on three different live action Star Trek series; the others to do so are Jonathan Frakes (William T. Riker), Armin Shimerman (Quark), John de Lancie (Q), Michael Ansara (Kang), and Richard Poe (Evek). 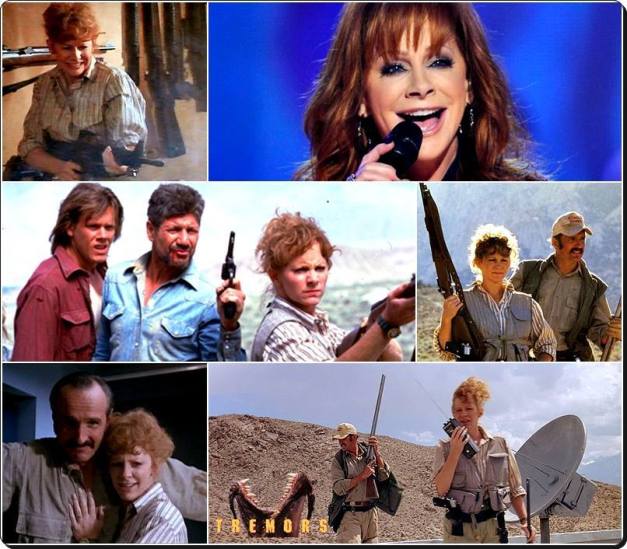 Reba Nell McEntire is an American country music singer, songwriter and actress. She began her career in the music industry as a high school student singing in the Kiowa High School band, on local radio shows with her siblings, and at rodeos. While a sophomore in college, she performed the National Anthem at the National Rodeo in Oklahoma City and caught the attention of country artist Red Steagall. He brought her to Nashville, Tennessee, where she signed a contract with Mercury Records a year later in 1975. She released her first solo album in 1977 and released five additional studio albums under the label until 1983.

Signing with MCA Nashville Records, McEntire took creative control over her second MCA album, My Kind of Country (1984), which had a more traditional country sound and produced two number one singles: “How Blue” and “Somebody Should Leave”. The album brought her breakthrough success, bringing her a series of successful albums and number one singles in the 1980s and 1990s. McEntire has since released 26 studio albums, acquired 40 number one singles, 14 number one albums, and 28 albums have been certified gold, platinum or multi-platinum in sales by the Recording Industry Association of America. She has sometimes been referred to as “The Queen of Country”. and she is one of the best-selling artists of all time, having sold more than 85 million records worldwide.

In the early 1990s, McEntire branched into film starting with 1990’s Tremors. She has since starred in the Broadway revival of Annie Get Your Gun and in her television sitcom, Reba (2001–2007) for which she was nominated for the Golden Globe Award for Best Performance by an Actress in a Television Series–Musical or Comedy.

Bairbre Patricia Dowling was an Irish actress who played Edith Mulchaey in the Star Trek: Voyager episode “Spirit Folk”. She was married to Next Generation and Deep Space Nine actor Colm Meaney from 1977 until their divorce in 1994. While married, the couple appeared together in the 1983 television movie Playboy of the Western World as well as John Huston’s 1987 film The Dead and the 1994 drama War of the Buttons.
Dowling made her film debut in John Boorman’s 1974 science fiction film Zardoz. In the 1990s, she made appearances on Murder, She Wrote and ER and had a small role in the 1997 film Changing Habits. She was also seen on Crossing Jordan
https://therealnerdherd.wordpress.com/
https://www.facebook.com/therealnerdherd/
Twitter: @JimKirkwoodJr
#therealnerdherd #bairbredowling #march27 #birthday #startrek #startrekvoyager #spiritfolk #edithmulchaey #colmmeaney #playboyofthewesternworld #thedead #warofthebuttons #zardoz #murdershewrote #er #crossingjordon #changinghabits #nerdherd #nerd 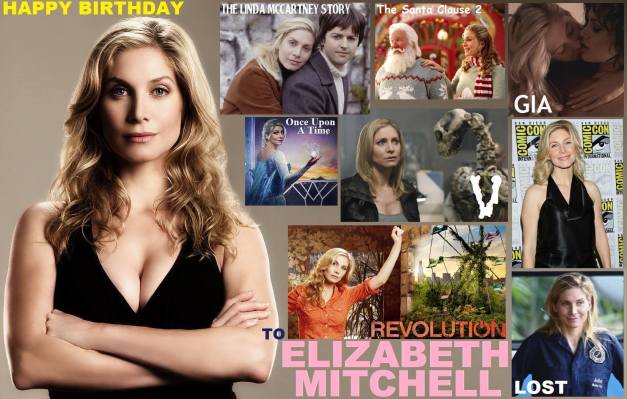 Elizabeth Mitchell is an American actress. She is best known for her role as Dr. Juliet Burke on the ABC TV series Lost, and also had lead roles on the TV series V and Revolution, and recurring as the Snow Queen in Once Upon A Time in late 2014. She has starred in such films as The Santa Clause 2, The Santa Clause 3: The Escape Clause and Gia.

Nathan Fillion is a Canadian actor best known for his role as Malcolm Reynolds in Firefly and Richard Castle on the ABC series Castle and Firefly’s feature film continuation, Serenity.

He has acted in traditionally distributed films like Slither and Trucker, Internet-distributed films like Dr. Horrible’s Sing-Along Blog, television soap operas and sitcoms, and theater. Fillion has also voiced several video games, including the Bungie titles Halo 3, Halo 3: ODST, Halo: Reach and Destiny.
He was also in the web series Con-Man.

Michael York,(born Michael Hugh Johnson; is a British actor.
Prior to graduating with a degree in English from the University of Oxford in 1964, York had toured with the National Youth Theatre, also performing with the Oxford University Dramatic Society and the University College Players. After some time with the Dundee Repertory Theatre, where he played in Brendan Behan’s The Hostage, York joined National Theatre under Laurence Olivier where he worked with Franco Zeffirelli during the 1965 staging of Much Ado About Nothing. Following his role on British TV as Jolyon (Jolly) in The Forsyte Saga (1967), York made his film debut as Lucentio in Zeffirelli’s The Taming of the Shrew (1967), then was cast as Tybalt in Zeffirelli’s 1968 film adaptation of Romeo and Juliet. He starred in The Guru (1969), played an amoral bisexual drifter in Something for Everyone (1970) and portrayed the bisexual Brian Roberts in Bob Fosse’s film version of Cabaret (1972). In 1977, he reunited with Zeffirelli as John the Baptist in Jesus of Nazareth.

York starred as D’Artagnan in the 1973 adaptation of The Three Musketeers and he made his Broadway début in the original production of Tennessee Williams’s Out Cry. One year later the sequel to The Three Musketeers was released (roughly covering events in the second half of the book) titled The Four Musketeers. Fifteen years later, most of the cast (and crew) joined together in a third film titled The Return of the Musketeers based on the Dumas novel Twenty Years After. He played the title character in the film adaptation of Logan’s Run (1976). The following year, he starred in The Island of Dr. Moreau opposite Burt Lancaster.

Since his auspicious early work, York has enjoyed a busy and varied career in film, television, and on the stage. He appeared in two episodes in the second season of the Road to Avonlea series as Ezekiel Crane, the lighthouse keeper of Avonlea and foster father of Gus Pike. His Broadway theatre credits include Bent (1980), The Crucible (1992), Someone Who’ll Watch Over Me (1993), and the ill-fated musical The Little Prince and the Aviator (1982), which closed during previews. He also has made many sound recordings as a reader, including Harper Audio’s production of C. S. Lewis’ The Lion, the Witch and the Wardrobe.

York appeared in the Babylon 5 episode “A Late Delivery from Avalon” as a delusional man who believed himself to be King Arthur returned. He also appeared as Professor Asher Fleming, a 60-year-old Yale professor and boyfriend of Yale student Paris Geller (Liza Weil) during the fourth season of Gilmore Girls. He performed the voice of the character Ares in the Justice League Unlimited episode “Hawk & Dove”, as well as Dr. Montague Kane in the Batman: The Animated Series episode “Zatanna” and Kanto in the Superman: The Animated Series episode “Tools of the Trade”. York starred in both The Omega Code and its sequel, Megiddo: The Omega Code 2, as Stone Alexander, the Antichrist from Christian eschatology.

He played President Alexander Bourne of Macronesia on seaQuest 2032. He played Basil Exposition in all three of the Austin Powers films. He has made an appearance on The Simpsons as Mason Fairbanks, Homer Simpson’s possible father, in “Homer’s Paternity Coot”. In 2006, York played the character Bernard Fremont (inspired by real life serial killer Charles Sobhraj) in the Law & Order: Criminal Intent episode “Slither”. He also appeared as a fictionalized version of himself in several episodes of the third season of Curb Your Enthusiasm as a fellow investor in Larry’s new restaurant ‘BoBo’s. In 2009, he lent his voice to Star Wars: The Clone Wars.

York voiced Petrie’s uncle Pterano in The Land Before Time VII: The Stone of Cold Fire. York was the narrator in the audio New Testament project, Word of Promise, produced by Jim Caviezel. York again played King Arthur in a revival of Lerner and Loewe’s Camelot, which began its run at the La Mirada Theatre in Southern California, and toured nationally in 2006 and 2007. 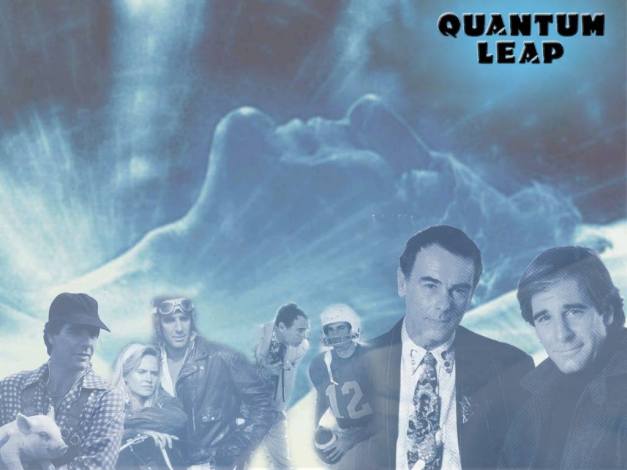 Synopsis: Former scientist Sam Beckett finds himself trapped in time due to an experiment gone awry, leaping into the body of a different person each week. Al Calavicci, at first known only as The Observer, is Sam’s holographic adviser — he provides Sam with some details about his new identity and gives him guidance on how to help the people affected by his presence. But with little memory to help guide him, our hero is forced to bluff his way through many a wacky situation.
Trailer:
https://therealnerdherd.wordpress.com/
https://www.facebook.com/therealnerdherd/
Twitter: @JimKirkwoodJr
#therealnerdherd #quantumleap #march26 #anniversary #tv #series #sambeckett #al #time 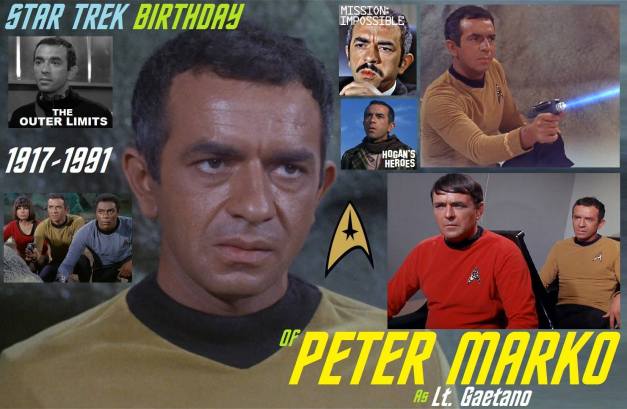 Peter Marko is the actor who played Lieutenant Gaetano in the original series episode “The Galileo Seven”.

Phillip Richard Allen was the actor who played Captain J.T. Esteban in Star Trek III: The Search for Spock. He was born in Pittsburgh, Pennsylvania, USA.

He is known for numerous television and film guest appearances. Appearing beside Merritt Butrick as David Marcus, Allen had coincidentally already played a character named David Marcus himself, in 1977 on Lou Grant.

Ed Peck was an American character actor who played roles of various sizes in about thirty movies and television shows. He also made about 75 guest appearances, among them a recurring role as a police officer – whose last name was “Kirk” – on the popular sitcom Happy Days. Peck retired in 1983; a heart attack claimed his life in 1992.

His only appearance on Star Trek was in “Tomorrow is Yesterday” as Lieutenant Colonel Fellini. He filmed his scenes on Friday 2 December 1966 and Monday 5 December 1966 at Desilu Stage 10.