One of the most successful and iconic actresses of the 1990s, she made her film debut in the film Lucas (1986). As Lydia Deetz, a goth teenager in Tim Burton’s Beetlejuice (1988), she won critical acclaim and widespread recognition. After appearances in film and on television, Ryder continued her acting career with the cult film Heathers (1988), a controversial satire of teenage suicide and high school life that has since become a landmark teen film. She later appeared in the coming of age drama Mermaids (1990), earning a Golden Globe Award nomination, and in the same year appeared alongside Johnny Depp in Burton’s dark fairy-tale Edward Scissorhands (1990), and shortly thereafter with Keanu Reeves in Francis Ford Coppola’s gothic romance Bram Stoker’s Dracula (1992).
Having played diverse roles in many well-received films in the mid to late 1980s and early 1990s, Ryder won a Golden Globe Award for Best Supporting Actress and an Academy Award nomination in the same category for her role in The Age of Innocence (1993), as well as another Academy Award nomination for Best Actress for her role in the literary adaptation of Little Women the following year. She later appeared in the Generation X hit Reality Bites (1994), Alien Resurrection (1997), the Woody Allen comedy Celebrity (1998), and Girl, Interrupted (1999), which she also executive-produced. In 2000, Ryder received a star on the Hollywood Walk of Fame, honoring her legacy in the film industry.
In 2002, she appeared in the box office hit Mr. Deeds alongside Adam Sandler. Ryder returned to the screen after a brief hiatus, appearing in high-profile films such as Star Trek. In 2010, she was nominated for two Screen Actors Guild Awards: as the lead actress in When Love Is Not Enough: The Lois Wilson Story and as part of the cast of Black Swan. She also reunited with Burton for Frankenweenie (2012). Since 2016, she has starred as Joyce Byers in the Netflix supernatural-horror series Stranger Things, for which she has garnered Golden Globe and SAG nominations.

Richard Stephen Dreyfuss is an American actor best known for starring in American Graffiti, Jaws, Stand By Me, Close Encounters of the Third Kind, Down and Out in Beverly Hills, The Goodbye Girl, Always, and Mr. Holland’s Opus. 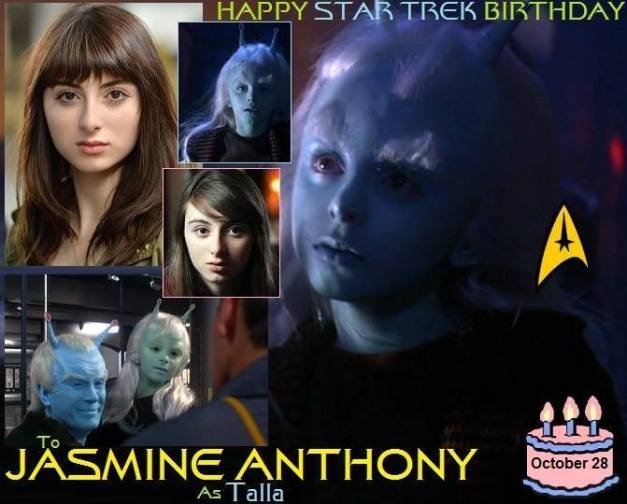 Jasmine Jessica Anthony is an American actress. She made her debut in the 2002 film Catch Me If You Can. In 2005, she was cast as Amy Calloway in the ABC drama series Commander in Chief and played Tallah in an episode of Star Trek: Enterprise.
She has also been in othe rmovies and TV shows. 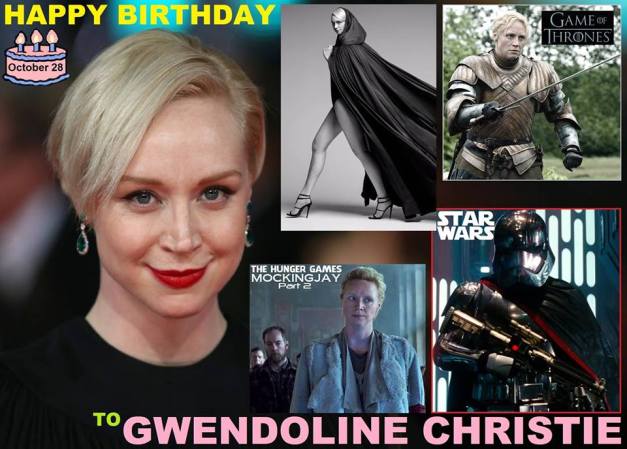 She is known for portraying the warrior Brienne of Tarth in the HBO fantasy-drama series Game of Thrones and Captain Phasma in the Star Wars sequel trilogy.

Matthew Robert “Matt” Smith is an English actor and director. He is best known for his role as the Eleventh Doctor in the BBC sci-fi series Doctor Who, for which he received a BAFTA Award nomination in 2011.

Smith initially aspired to be a professional footballer, but spondylolysis forced him out of the sport. After joining the National Youth Theatre and studying Drama and Creative Writing at the University of East Anglia, he became an actor in 2003, performing in plays like Murder in the Cathedral, Fresh Kills, The History Boys, and On the Shore of the Wide World in London theatres. Extending his repertoire into West End theatre, he has since performed in the stage adaptation of Swimming with Sharks with Christian Slater,followed a year later by a critically acclaimed performance as Henry in That Face.

Before his role in Doctor Who, Smith’s first television role came in 2006 as Jim Taylor in the BBC adaptations of Philip Pullman’s The Ruby in the Smoke and The Shadow in the North, while his first major role in television came as Danny in the 2007 BBC series Party Animals. Smith, who was announced as the eleventh incarnation of the Doctor in January 2009, is the youngest person to play the character in the British television series. He left the series at the end of the 2013 Christmas Day special, “The Time of the Doctor”. He portrayed both the physical embodiment and a holographic version of Skynet in 2015’s Terminator Genisys and is expected to return if sequels are made.

Happy anniversary to the Star Trek original series episode “Miri”, which aired for the first time on October 27, 1966.

Plot: The Enterprise discovers an Earth-like planet that was devastated by a horrific degenerative disease and is now populated entirely by impossibly old children.

October 27, 1977 – Persis Khambatta is screen-tested for the role of Lt. ilia for Star Trek: Phase II.

Steve Sandor from Pittsburgh, Pennsylvania, is an actor who made his first television appearance on Star Trek: The Original Series, playing Lars in the second season episode “The Gamesters of Triskelion”.

Before becoming an actor, Sandor spent time in as a steel worker in his native Pennsylvania. He also used to train sentry dogs while serving as an Air Policeman in the U.S. Air Force.

Having appeared in many television shows such as Gunsmoke, Ironside, The Streets Of San Francisco, Starsky and Hutch (with David Soul), CHIPs (with Michael Dorn), Fantasy Island (with Ricardo Montalban), The A-Team (with Dwight Schultz), and Hardcastle and McCormick (with Brian Keith and Daniel Hugh Kelly), he is perhaps best known for his role as the ill-fated biker gang leader in the 1980 cult film The Ninth Configuration (with TNG guest star Richard Lynch playing a second biker) and as the voice of the heroic Darkwolf in the 1983 animated fantasy film Fire and Ice.

In 1998, Sandor provided the voice for the character Orion in Superman The Animated Series (a role later continued by Ron Perlman in Justice League and Justice League Unlimited).

Angus MacInnes is a Canadian actor. He is most famous for his role as Gold Leader in Star Wars Episode IV: A New Hope, and as former hockey great Jean “Rosey” LaRose in the comedy Strange Brew. He also appeared in Witness, as a corrupt policeman pursuing Harrison Ford.

Carmen Antimo Argenziano is an American actor who has appeared in over 50 movies and around 100 television movies or episodes.
One of Argenziano’s best-known roles is as the recurring character Jacob Carter in the television series Stargate SG-1.