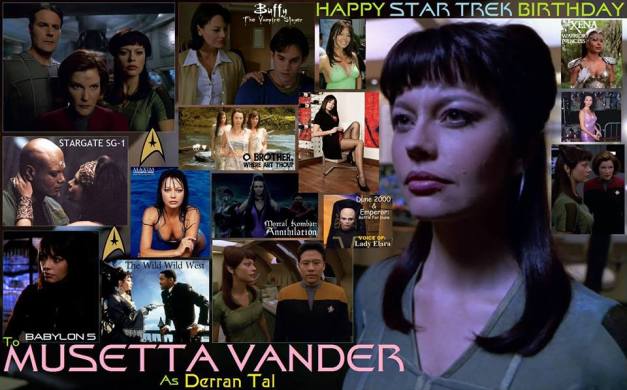 Musetta Vander is the actress who portrayed Derran Tal in the Star Trek: Voyager episode “The Disease”.

Vander was born in South Africa. Other television series on which she has appeared include Boy Meets World, Highlander, Buffy the Vampire Slayer, Xena: Warrior Princess, Stargate SG-1, Babylon 5, and Frasier, the latter of which starred one-time TNG guest actor Kelsey Grammer.

In 1994 she appeared alongside Kate Mulgrew in an episode of Murder She Wrote entitled “The Dying Game”.