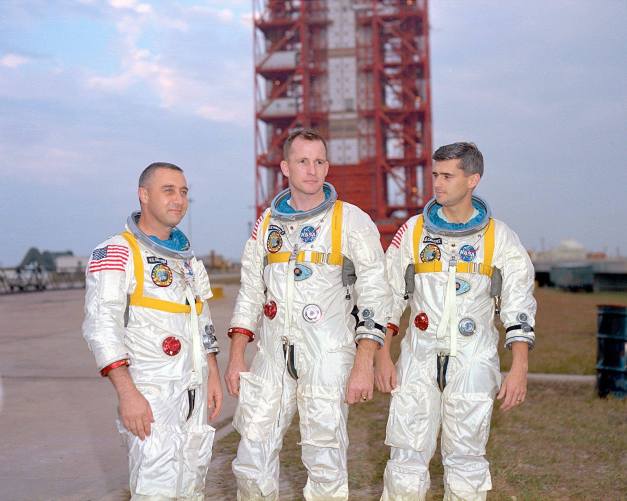 Today, we remember Lt. Colonel Virgil I. Grissom, Lt. Colonel Edward H. White II, and Lt. Commander Roger B. Chaffee – all great men whom we lost today in 1967 when a flash fire occurred in the command module during a preflight test. The fire was first reported at 6:31 PM EST from Launch Pad 34-A at Cape Canaveral Air Force Station. This crew was supposed to fly the first Apollo crewed mission, to have been launched in late February. At the time, the vehicle was referred to as AS-204 (since it hadn’t launched yet) and many reports refer to this as the AS-204 accident. Following the tragedy NASA began calling it Apollo 1.

To learn more about the Apollo I, the History Office website includes a summary of the mission, an investigation of the fire, and links to biographies for the three men at http://history.nasa.gov/Apollo204/.