Posted by travelingwithjim on May 4, 2019
Posted in: may, Random TV, Star Trek, The Outer Limits. Leave a comment 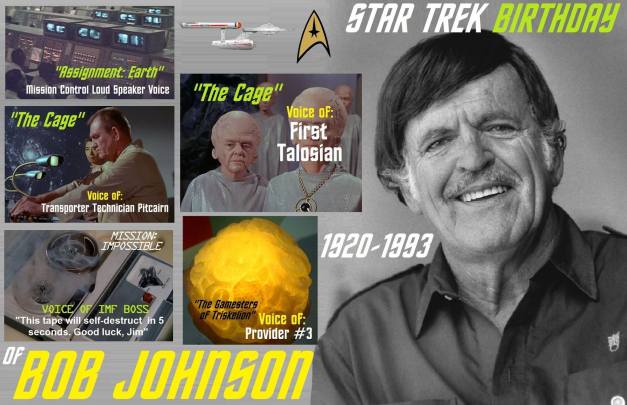 Robert Cleveland “Bob” Johnson was a former singer and an accountant at Daystar Productions, which produced The Outer Limits. He supplied his voice to several episodes of Star Trek: The Original Series. He did not receive on-screen credit for his work.

He also did voice work on several episodes of The Outer Limits, including “Corpus Earthling”, which costarred Salome Jens and Barry Atwater.

He is probably most famous as the Control Voice on all but a few of the episodes of the original seven seasons of Mission: Impossible, hired on for that role by his friend, creator and producer Bruce Geller. He was the “voice on disc” for the 1980’s revival of the series as well.