Kunal Nayyar is a British Indian actor and writer known for his role as Rajesh Koothrappali in the CBS sitcom The Big Bang Theory.

After graduating, Nayyar found work doing American television ads and plays on the London stage. He first gained attention in the US for his role in the West Coast production of Rajiv Joseph’s 2006 play Huck & Holden, where he portrayed an Indian exchange student anxious to experience American culture before returning home. In 2006, Nayyar teamed up with Arun Das to write the play Cotton Candy, which premiered in New Delhi to positive reviews.

Nayyar made a guest appearance on the CBS drama NCIS in the episode “Suspicion” (season four, episode 12), in which he played Youssef Zidan, an Iraqi terrorist.

In 2012, Nayyar voiced Gupta in Ice Age: Continental Drift. That same year, he completed the shooting of his first film, Dr. Cabbie, in Toronto.

In September 2015, Nayyar published a book about his career journey, Yes, My Accent is Real.
He then voiced Guy Diamond in DreamWorks’ animated movie Trolls (2016).

Gal is an Israeli actress and model. She was born and raised in Israel. At age 18 she was crowned Miss Israel 2004. She then served two years in the Israel Defense Forces as a combat instructor. She began studying at IDC Herzliya college before pursuing modeling and acting.

Gadot’s first film role came as Gisele Yashar in The Fast and the Furious film franchise.

She went on to achieve wide recognition for portraying Wonder Woman in the DC Extended Universe, starting with Batman v Superman: Dawn of Justice (2016), and then the solo film Wonder Woman and the ensemble Justice League (both 2017). In 2018,

Gadot was included on Time’s annual list of the 100 most influential people in the world.

Kirsten Caroline Dunst is the actress who played the role of Hedril in the Star Trek: The Next Generation seventh season episode “Dark Page” in 1993 when she was eleven years old.

She is perhaps best known for her role as Mary Jane Watson in the blockbuster Spider-Man films.

John “Johnny” Mark Galecki is an American actor. He is known for his role as David Healy in the ABC sitcom Roseanne from 1992–97 and as Dr. Leonard Hofstadter in the CBS sitcom The Big Bang Theory since 2007. 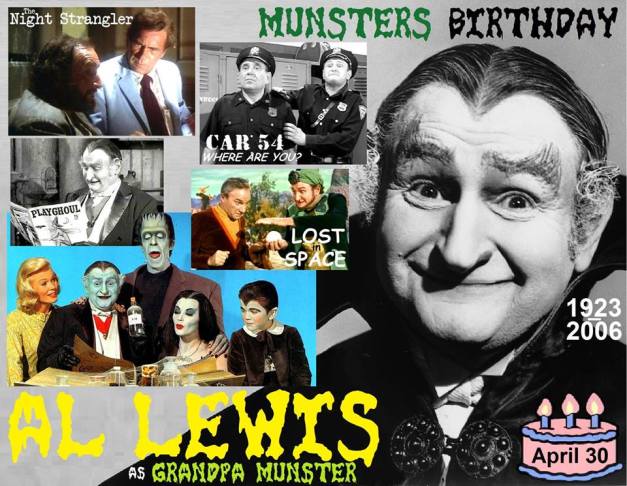 Al Lewis (born Albert Meister) was an American character actor best known for his role as Count Dracula lookalike “Grandpa Munster,” opposite Fred Gwynne’s and Yvonne DeCarlo’s characters on the CBS television series The Munsters from 1964 to 1966 and its subsequent film versions.

Later in life, he was also a restaurant owner, political candidate, and radio broadcaster.

Posted by travelingwithjim on April 29, 2019
Posted in: April, Doctor Who, Random TV, Uncategorized. Leave a comment

Synopsis: The Doctor investigates a haunted London school and runs into an old friend.

Synopsis: In an alternate universe, power-hungry Archer and the crew use the Defiant to thwart a Tholian attack and set their sights on seizing control of all of Earth’s Terran Empire.

Synopsis: Psi Cop Bester informs Sheridan of a Shadow cargo ship carrying weapons so unusual that the telepath is compelled to join the new alliance. 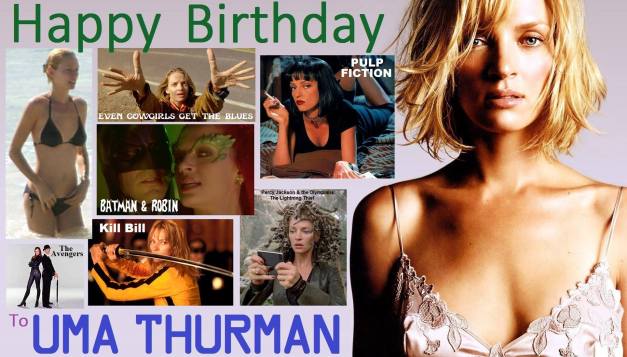 Uma Karuna Thurman is an American actress and model. She has performed in a variety of films, ranging from romantic comedies and dramas to science fiction and action movies.

Following her appearances on the December 1985 and May 1986 covers of British Vogue, Thurman starred in Dangerous Liaisons (1988).

She rose to international prominence with her performance in Pulp Fiction (1994), for which she was nominated for the Academy Award, the BAFTA Award, and the Golden Globe Award for Best Supporting Actress. Often hailed as Quentin Tarantino’s muse, she reunited with the director to play the main role in both Kill Bill films (2003–2004), which brought her two additional Golden Globe Award nominations.

For her performance in the made-for-HBO film Hysterical Blindness (2002), Thurman won the Golden Globe Award for Best Actress in a Television Film, and for her five-episode role in the NBC musical series Smash (2012), she received a Primetime Emmy Award nomination for Outstanding Guest Actress in a Drama Series.