Jessica Karen Szohr is an American actress. She started her screen career appearing on television shows such as My Wife and Kids (2003), Joan of Arcadia (2004), What About Brian (2007) and CSI: Miami (2007). She gained recognition in 2007 with her breakthrough role as Vanessa Abrams on The CW’s teen drama series Gossip Girl (2007–12).

In 2018, she joined the cast during the second season of the science fiction series The Orville. 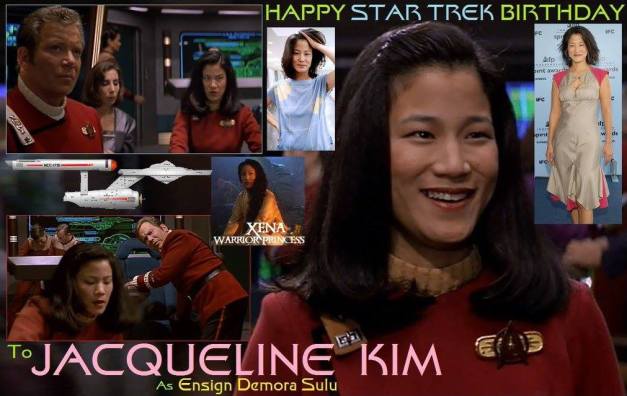 She is perhaps best known for her role as Lao Ma on Xena: Warrior Princess in 1997. She has often been mentioned as a candidate for the lead role in the proposed film versions of David Weber’s Honor Harrington series of novels.

She was nominated for a Spirit award for her role in the 2002 indie film Charlotte Sometimes and was recently seen in 2007’s Red Doors (again with Tzi Ma). She also had roles on shows such as 1995’s short-lived “Night Court” (with Bob Gunton) and Brannon Braga’s “Threshold” in 2006.

Ewan Gordon McGregor, is a Scottish actor who has had success in mainstream, indie, and art house films.

His first professional role was in 1993, when he won a leading role in the Channel 4 series Lipstick on Your Collar. He is best known for his roles as heroin addict Mark Renton in the drama Trainspotting (1996), the young Jedi Obi-Wan Kenobi in the Star Wars prequel trilogy (1999–2005), poet Christian in the musical film Moulin Rouge! (2001), and Dr. Alfred Jones in the romantic comedy-drama Salmon Fishing in the Yemen (2011). He received Golden Globe nominations for Best Actor – Musical or Comedy for both Moulin Rouge! and Salmon Fishing in the Yemen.

In 2010 he won Best Actor for playing the title role in Roman Polanski’s film The Ghost Writer at the 23rd European Film Awards. 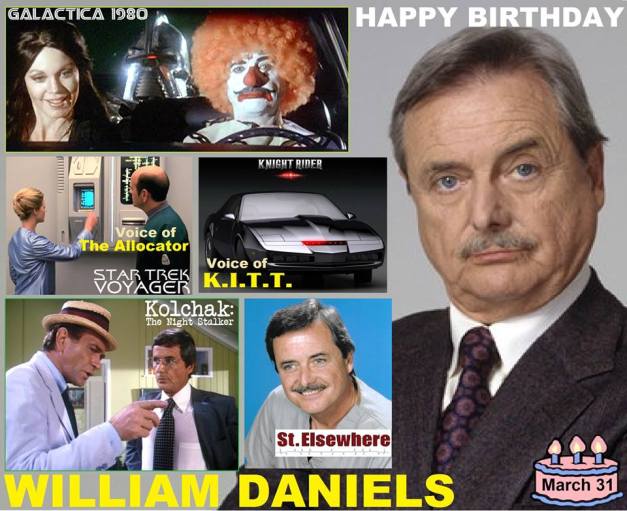 William David Daniels is an American actor, known for his roles as Dr. Mark Craig in the NBC drama St. Elsewhere, for which he won two Emmy Awards, and as Mr. Feeny in the ABC sitcom Boy Meets World.

He is also associated with his performances as the father of Benjamin Braddock (Dustin Hoffman) in The Graduate (1967), as Howard in Two for the Road, as John Adams in the 1972 musical film 1776, as Carter Nash in Captain Nice, and as the voice of KITT in Knight Rider. In 2014, he returned to his role as Mr. Feeny in Girl Meets World, the sequel to Boy Meets World.

He voiced the Allocator in the Star Trek: Voyager episode “Critical Care”. 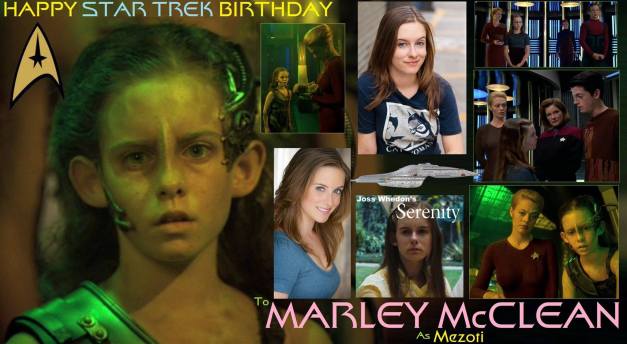 She appeared in the science-fiction film Serenity.

Juliet Rose Landau is an American actress and ballerina best known for her role as Drusilla on Buffy the Vampire Slayer and its spinoff show Angel, the latter appearance earning her a Saturn Award nomination.

She is also known for co-starring as Loretta King in Tim Burton’s Ed Wood.

Paul Reiser is an American comedian, actor, television personality and writer, author and musician. He is most widely known for his role in the 1990s TV sitcom Mad About You. He is ranked 77th on Comedy Central’s 2004 list of the “100 Greatest Stand-ups of All Time”. The name of Reiser’s production company, Nuance Productions, is inspired by one of his lines in the film Diner (1982), in which his character explains his discomfort with the word “nuance”.

After developing his skills as a stand-up comedian, Reiser had a breakout film role in 1982 when he appeared in Diner, a coming-of-age film directed by Barry Levinson. Reiser’s character, Modell, a closet stand-up comedian, effectively brought Reiser’s abilities to the attention of Hollywood. He followed this success by playing a detective in Beverly Hills Cop (1984), a role he reprised in its sequel, Beverly Hills Cop II (1987). Reiser also had roles in James Cameron’s Aliens (1986), in which he played the corrupt Carter Burke; The Marrying Man (1991) and Bye Bye Love (1995).

Reiser starred as one of two possible fathers of a teenage girl in the TV sitcom My Two Dads (1987–90), and later came to prominence in North America as Paul Buchman in Mad About You (1992–99), a comedy series he co-created, in which Helen Hunt co-starred as his on-screen wife. He was also the co-composer of the show’s theme song, “The Final Frontier” (with Don Was), and performed the piano for the theme’s recording. Reiser’s role in Mad About You earned him nominations for an Emmy, a Golden Globe, an American Comedy Award and a Screen Actors Guild Award.