Sad news today.  It appears FOX has opted not to pick up a second season of Almost Human, the futuristic drama starring Karl Urban and Michael Ealy.This is one of my top 10 shows on TV right now.

Almost Human‘s chances started to slip once Fox’s drama pilots started to come in. All three of them — Gotham, The Red Band Society and Empire – are considered strong contenders for a series pickup.

Also, it is produced by an outside studio, Warner Bros TV, which also has The Following and the sure-to-be-picked-up Batman prequel Gotham. Almost Human, about a cop (Urban) paired with a lifelike combat-model android (Ealy), comes from the Fringe team of JJ Abrams and J.H. Wyman.

Well, that didn’t take very long. Patrick Stewart, fresh off his triumphant run on Broadway with Waiting for Godot and No Man’s Land, has inked a deal for his next project. Star Trek: The Next Generation’s Captain Picard will star in and co-produce Blunt Talk, a half-hour scripted comedy for STARZ. The network announced that they’d given the show – from Seth MacFarlane and Jonathan Ames –a two-season, 20-episode order. MacFarlane, as fans Star Trek fans know, guest starred as Rivers in the Enterprise episodes “The Forgotten” and “Affliction.”

Blunt Talk, set to debut in 2015, will center on Walter Blunt (Stewart), a British import intent on conquering the world of American cable news. Via his nightly L.A.-based interview show, Blunt aims to share his wisdom and guidance as to how Americans should live, think and behave. Meanwhile, he has only his alcoholic manservant, who came over with him from the U.K., to help him contend with a dysfunctional news staff, numerous ex-wives and children of all ages. Each episode, according to a STARZ press release, will follow the fallout from Blunt’s well-intentioned, but mostly misguided decision-making, both on and off the air.

“My career took an abrupt and radical left turn when Seth MacFarlane created CIA Deputy Director Avery Bullock on American Dad,” Stewart said in a statement. “This new character, Walter Blunt, is not at all like Avery, thank God, because this is live action and I am a Knight of the Realm. Blunt is, however, much smarter than Avery and has his own TV show, which has to be better than being Deputy Director of the CIA.”

Director J.J. Abrams says, “We are so excited to finally share the cast of Star Wars: Episode VII. It is both thrilling and surreal to watch the beloved original cast and these brilliant new performers come together to bring this world to life, once again. We start shooting in a couple of weeks, and everyone is doing their best to make the fans proud.”

Star Wars: Episode VII is being directed by J.J. Abrams from a screenplay by Lawrence Kasdan and Abrams. Kathleen Kennedy, J.J. Abrams, and Bryan Burk are producing, and John Williams returns as the composer. The movie opens worldwide on December 18, 2015.

Here is a breakdown of info for some of the cast members. 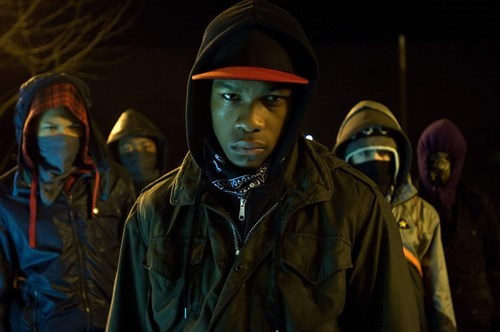 John Boyega is best known for his role on the awesome indie hit Attack the Block. He’s also currently filming 24: Live Another Day. 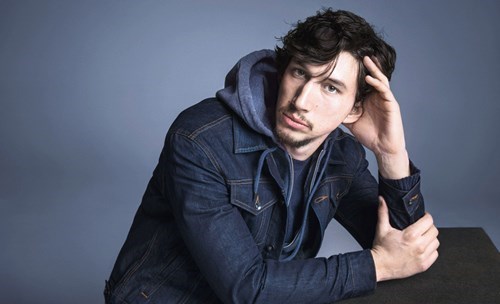 Adam Driver has been coming up quickly over the past couple of years in a number of critically successful dramatic films including Inside Llewyn Davis, Frances Ha, and Lincoln. You also probably know him from HBO’s Girls. 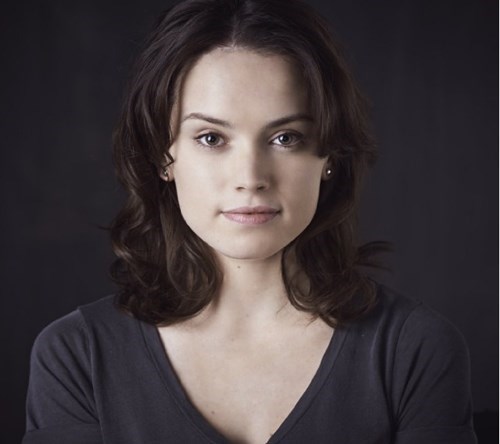 Daisy Ridley is a relative unknown. Having worked mostly on television in the UK (and the upcoming horror movie Scrawl), Star Wars VII will be Daisy’s first major motion picture. 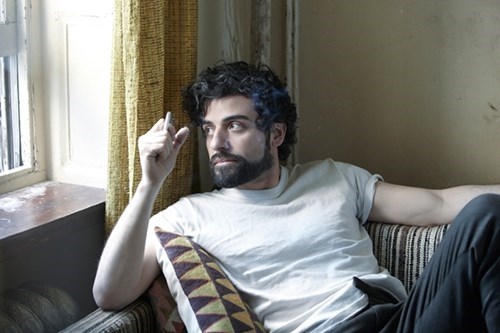 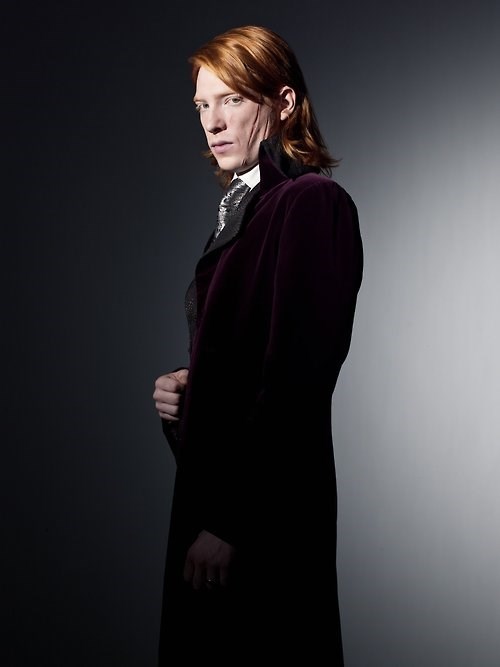 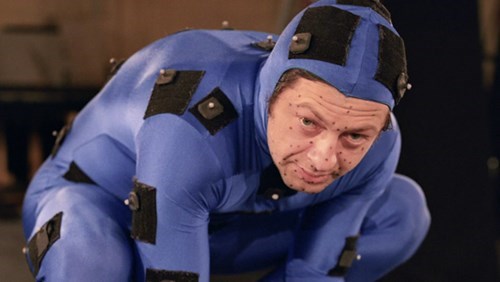 Thanks to awesome motion capture technology, Serkis has been Gollum, King Kong and that super smart Chimp from The Planet of the Apes. 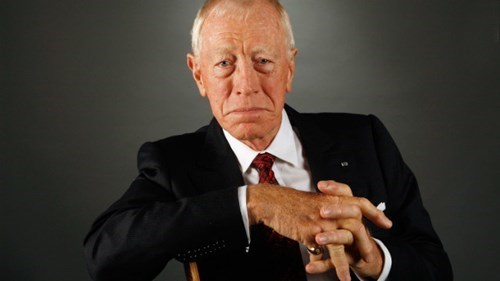 Max Von Sydow has been making movies since the 1950’s. His best include, Flash Gordon, The Exorcist, Minority Report, and Shutter Island. 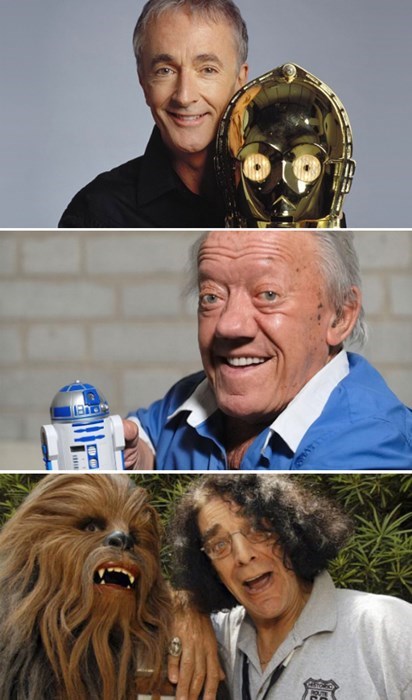 The three men behind the most iconic costumed characters are back to reprise their roles. Anthony Daniels as C3PO, Kenny Baker as R2-D2 and Peter Mayhew as Chewbacca. 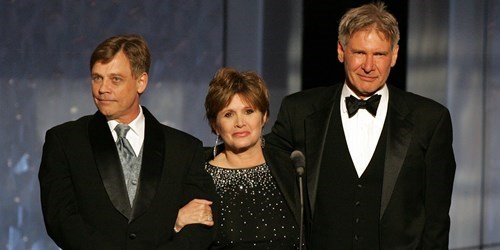 Mark Hamill, Carrie Fisher and Harrison Ford are back to take on the roles that made their careers.

Captain, The Real Nerd Herd has posted an update.

The shuttle 747 is moving to Space Center Houston tonight.

After nearly 50 years of warping across galaxies and saving the universe from a variety of alien threats and celestial disasters, Star Trek’s William Shatner finally went where no other member of Starfleet has gone before. This weekend, the acclaimed actor and director was honored with NASA’s Distinguished Public Service medal, the highest award bestowed by the agency to non-government personnel.

The honor was presented to Shatner Saturday evening in Los Angeles at his annual Hollywood Charity Horse Show, where he raises money for a variety of children’s causes. The citation for the medal reads, “For outstanding generosity and dedication to inspiring new generations of explorers around the world, and for unwavering support for NASA and its missions of discovery.”

“William Shatner has been so generous with his time and energy in encouraging students to study science and math, and for inspiring generations of explorers, including many of the astronauts and engineers who are a part of NASA today, ” said David Weaver, NASA’s associate administrator for the Office of Communications at NASA Headquarters in Washington.  “He’s most deserving of this prestigious award.”

A life-long advocate of science and space exploration, Shatner gained worldwide fame and became a cultural icon for his portrayal of Captain James Tiberius Kirk, commander of the starship USS Enterprise in NBC’s science fiction television series “Star Trek” from 1966 to 1969. It was a role he would reprise in an animated version of the series in 1973, seven major films from 1979 to 1994, and more recent “Star Trek” video games.

Shatner’s relationship with NASA dates back to the original series, with references to the space agency and its programs that were incorporated into storylines throughout the television and film franchises. In 1979, when NASA was ready to introduce a reusable spacecraft as the successor to the Apollo program, a new space shuttle prototype, originally to be named Constitution, was dubbed Enterprise in honor of the Star Trek universe and the work of Shatner and his series co-stars.

More recently, Shatner donated his time and vocal talent to host the NASA documentary celebrating the 30th anniversary of space shuttle missions. To honor the final flight of shuttle Discovery in 2011, he agreed to recreate his famous Star Trek television introduction in one of the last wake-up calls for the astronauts of the STS-133 mission.

In 2012, he hosted a video presentation previewing the dramatic mission of the Mars rover Curiosity and voiced his support for NASA spinoff technologies that come as a result of investments in science, technology and exploration.

Other past recipients of the NASA Distinguished Public Service Medal include astrophysicist Neil deGrasse Tyson, former NASA Jet Propulsion Laboratory director and Voyager project scientist Edward Stone, theoretical physicist and astronomer Lyman Spitzer, and science fiction writer Robert Heinlein. The award is presented to those who “… have personally made a contribution representing substantial progress to the NASA mission. The contribution must be so extraordinary that other forms of recognition would be inadequate.”

Besides his acting and directing talents, Shatner is a prolific author, having taken the reins for nearly 50 books, and is an accomplished horse rider and breeder.

Send your Star Trek cosplay pictures, convention memories, Trek art and other creations to startrekmagazine@titanemail.com
and they could feature in a SPECIAL EDITION of Quark’s Bar – our regular section devoted to Trekkers!

EXCLUSIVE!>>>Issue 50 features exclusive interviews with Tim Russ and Catherine Hicks, celebrates 50 years of the starship Enterprise, and shows you how to create your very own Borg costume on a budget!

According to a confirmation by Microsoft late last night, a new zero day vulnerability has been found to affect every version of Internet Explorer. In other words—over a quarter of the entire browser market.

Attacks taking advantage of the vulnerability are largely targeting IE versions 9, 10, and 11 in something called a “use after free” attack. Essentially, the attack corrupts data as soon as memory has been released, most likely after users have been lured to phony websites. Microsoft explains:

Microsoft is currently investigating the issue and will likely release an out-of-cycle security patch to take care of the problem. Let’s just hope it comes soon, because according to security firm Fire Eye, this means that about 26 percent of the entire browser market is at risk.

And since Windows XP users won’t be getting the patch for this fairly threatening bug, anyone still running the now-unsupported software is going to have to cough up some big bucks to stay safe.